In the course of our work with clients, we often come across interesting property transactions.  As we worked on a valuation for a client in the Leslieville area, we ran into a property that was bought and then sold in less than a year for more than half a million dollars than the purchase price.

It’s a good example of how flip properties do still exist in even the hottest of markets, if you have the foresight and courage to recognize opportunity.

Located in the E01 MLS district of Toronto, this home was a three bedroom, two washroom semi-detached with no parking.  Listed as “Needs TLC”, it definitely required a ton of work.

Here’s the before and after photo of the front of the home. 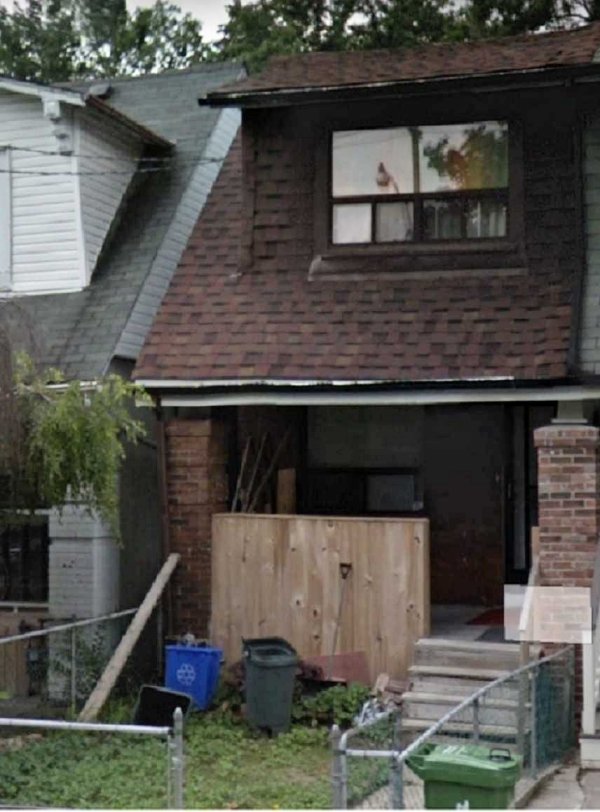 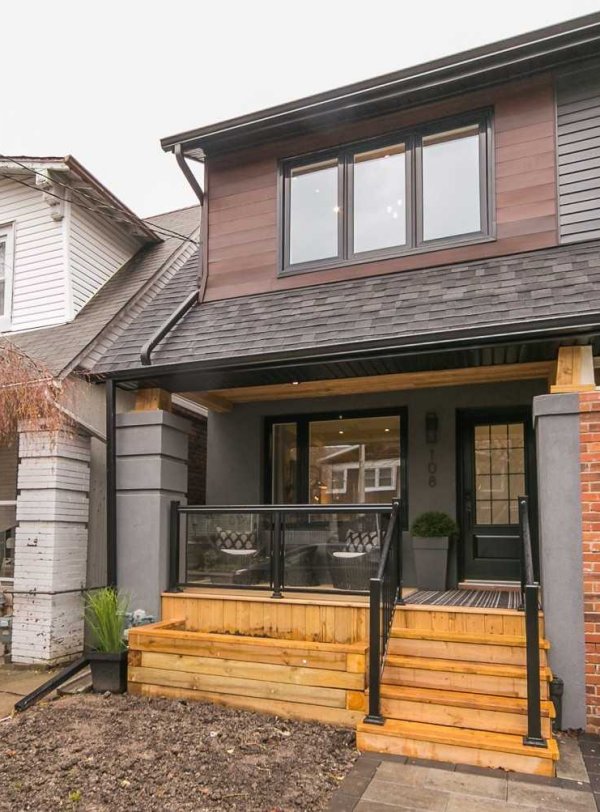 It appears to have been a principal residence so there are likely no taxes payable on the profit.  And what is that theoretical profit?  After known expenses, they would make just shy of $400K on the deal.

While making $395K in 350 days sounds pretty amazing, we are of course skipping over the costs to renovate the home.  We can’t know exact numbers, but we do know that the property above grade is a total of 1,080 sf.  Add in an additional 400 sf for the basement (typical in the area) and we have just shy of 1,500 sf to renovate inside.

A rule of thumb for constructing new builds is that after we account for land purchase price, you can budget $200 per sf for a high quality build.  That $200 covers off everything that goes in the home after you have the land.  Counters, cabinets, floors, appliances, lights and so on.

We’re not starting from scratch (i.e a vacant lot) here, so we can anticipate that we would get away with about half of that cost to do the level of upgrades they did in this home.  $100 per sf at 1,500 sf equals about $150K spent in the home.  Add in some more work on the exterior and you might get another $50K in expenses.

We can’t know for sure, but if we estimate that $200K in renovations is a reasonable number, we see the home owners earning a sizeable amount even after all the expenses.  It works out to close to $200K in profit, in less than a year of home ownership.  That’s about $550 per day.

If you like the idea of finding a property that needs work, putting in the work and then selling at a very decent profit, get in touch.  It isn’t easy to find opportunities like this one, but they do exist and we’re willing to do the work to make it happen.