About a Building: The Tannery Lofts at 736 Dundas Street East

About a Building: The Tannery Lofts at 736 Dundas Street East

Each time I drive past this building, I am struck by its appeal.  Only five stories tall and only thirty-six units in total, it is the definition of a boutique loft building.

As a resident of the Candy Factory Lofts and member of its Board of Directors for a number of years, I am very familar with the joys and pains of such authentic brick and beam loft buildings.  Whenever I view units in this building, I become nostalgic about my time in the Candy Factory and living in a loft in Toronto.  I start to reminisce about those days, about the feel of such buildings, the character throughout.  It isn’t until my clients cough for the 3rd time that I realize I have been looking at the ceiling for the last five minutes.

Now that we have established I love brick and beam lofts, let’s talk about the Tannery Lofts in particular.

With construction on the loft conversion completed in 2008, the Tannery Lofts is a gorgeous 100+ year-old heritage building built in 1905.  Most units in the building have 13 foot high ceilings (with the first floor units, numbered in the 200s due to the partial below ground 100s having slightly higher ceilings than the rest of the floors), amazing large windows, exposed wood post and beams and of course that sought after exposed brick.

Units are mostly single level though there are some two storey ones and open concept is the word of the day.  Some units on the 2nd floor have walk down stairs to some fantastic private patio spaces and some top floor units have roof terraces. The hallways are not ornate but the large sideways unit numbers that are raised from the surface of the unit doors is a cool touch. Below is a gallery of pictures from units that have recently been listed in the building. 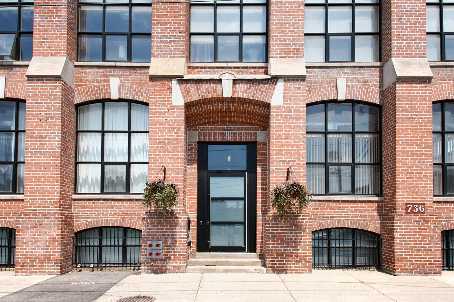 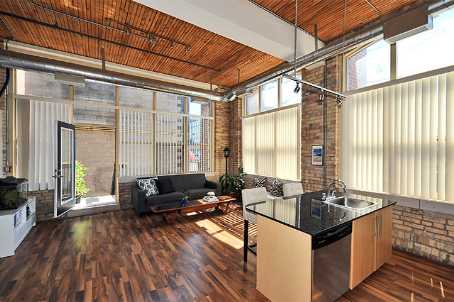 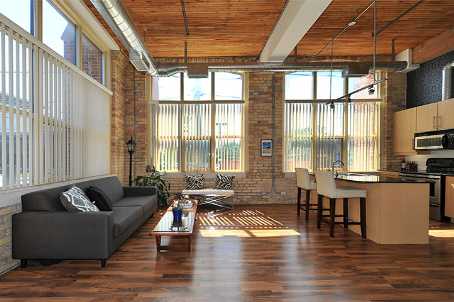 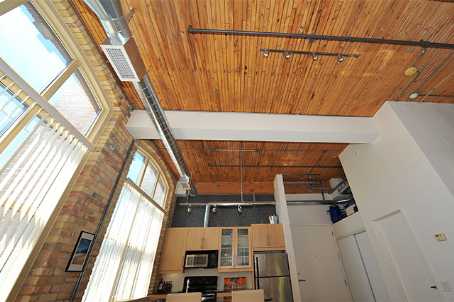 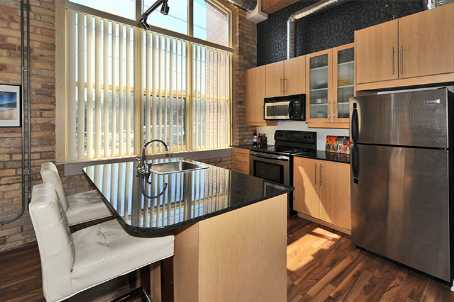 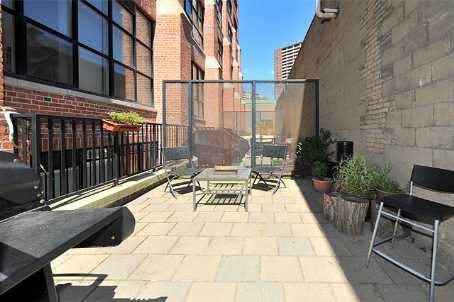 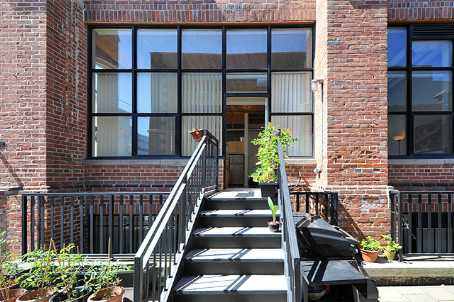 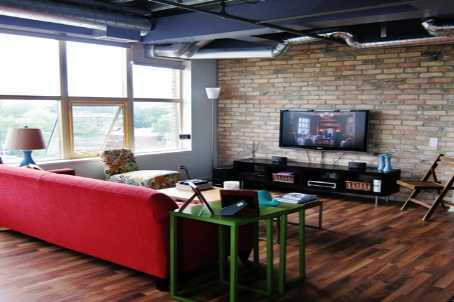 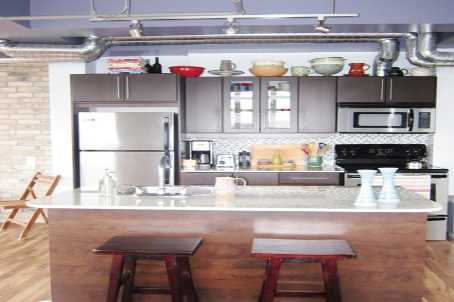 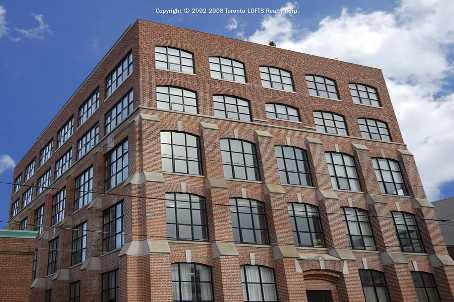 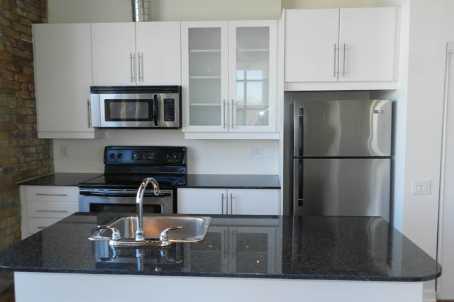 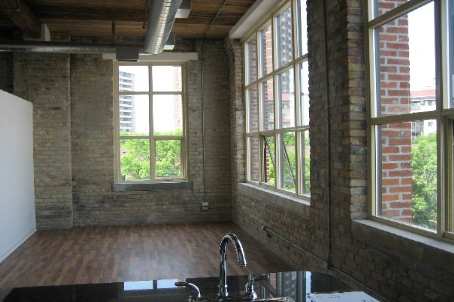 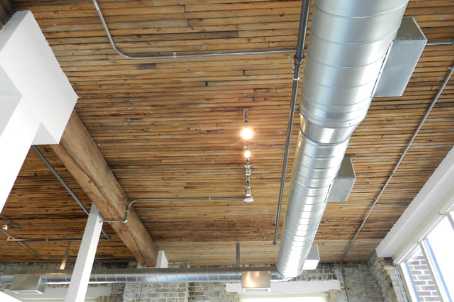 With smaller buildings you can’t have the same sort of amenties in place that large buildings can afford by spreading out costs over more units.  With maintenance fees at bout 66 cents a square foot (as of August, 2013), the building does well at keeping your fees reasonable.  This means no concierge or really much in the ways of amenities you see elsewhere.  This is good if you don’t plan on using much in the way of amenities as it saves you paying for something you don’t actually want.  If you are the type who likes to watch movies every Friday in the media room, swim in the pool every morning, host parties in the party room on the weekend, then this is probably not the building for you.

These units (and this building) are perfect for a young single or couple who don’t mind living in close, open quarters.  With open concept spaces and rooms that have only partial walls, privacy and silence is tough to find.  You often see units in such lofts being sold due to relationship status changes.  I personally moved out of the Candy Factory Lofts when my girlfriend and her dog moved in and the idea of multiple rooms, a yard and the ability to live with each other and not on top of each other became very appealing.

Much has been made about the Tannery Lofts location, a lot of it negative.  On the edge of Regent Park, 736 Dundas Street East is an urban location.  Dundas and River is a busy intersection, the DVP is just to the east (though not heard even with your windows open), so this is without question a building that is home to those who are comfortable with the city.

With the new aquatic centre opened less than a block away, the Pan Am games coming in a couple years (and the Athelete’s Village being built just down the street in the West Don Lands) and money being pumped into revitalization of the Regent Park area, the Tannery Lofts location is starting to look pretty damn good.

Prices in the building are still reflecting the Regent Park neighbourhood’s past reputation so it is a great opportunity for urbanites who love traditional brick and beam lofts to buy into the market at a reasonable price.

If you want to discuss buying or selling in the Tannery Lofts, or other lofts around the city, please give me a call at 416-728-9924.