What’s the worst that could happen?

What’s the worst that could happen?

If we had to pick one sentence that has led to more calamity, regret and recrimination, it would be this one.

“What’s the worst that could happen?”

If you’ve ever looked at a place for sale and shaken your head at the price being asked, you can bet that the sellers said this sentence before they signed the listing paperwork.

There is no way of quantifying the loss in dollar terms, but that phrase has been responsible for a tremendous amount of lost money in the form of eventual lower sale prices.

We say this because whenever a property is listed for more than market value, the listings follow a very predictable path that involves three stages.  Let’s review those stages and how they played out for one listing. 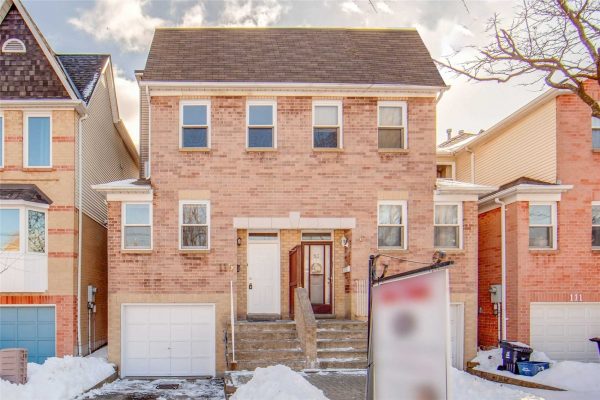 This semi-detached is located in the east end of Toronto in the Woodbine corridor.  It’s three storeys, 4 bedrooms and 4 washrooms.  It’s a nice home with some lovely upgrades and the opportunity to do some more updates that suit the buyer’s taste.  It’s on a nice residential street and is typical for the type of home in the neighbourhood.  This is not our listing, nor do we have any inside information about the seller or the process.  We’re relying on information we can access on the MLS system and the facts about listings and the eventual sale.

This is where the decision to price too high is made.  The seller either didn’t hire an agent who knew the price was too high for the market, or they didn’t listen to their agent.  In some cases the seller is adamant about needing a particular price for their next stage, in other cases they have focused on a comparable property that isn’t actually a good comparable.

Regardless of the reason, in this stage, the seller (and perhaps the listing agent) are in denial about the market value of the home.  It’s likely that at some point, someone said, “What’s the worst that could happen?”

In our listing example, the home was listed in February, 2020 for $1,545,000.  Offers were being accepted anytime, which indicates that they were likely hoping to get somewhere close to that list price.  After 10 days on the market, the listing was terminated and it was relisted at $1,395,000.  That’s a $150K price drop and close to 10% lower than their initial price, but as we will see, the seller was still in denial about the value of the home.

The next stage occurs as time passes and the market communicates to the seller that the price they want, is not the price they are going to get.  It isn’t unusual to see listing agents fired during this stage, as the seller decides that it wasn’t the price or their property, it was their agent.

Regardless of whether the same listing agent continues to work with the seller, we often see small price drops.  These small price drops fail to make an impact on the market as the buyers who previously saw the listing see that an overpriced property is still somewhat overpriced.  This is a version of death by a thousand cuts, as rather than doing a substantial (over 10% is often necessary) price drop, the listing lowers bit by bit over time.

Such price drops are often followed by a lengthy period of time on the market.  Either the seller or their agent (or both) dig in their heels and decide that it isn’t the price or the market, it’s the cheap people who are making offers.  Sellers can take lower offers personally and look for any evidence that reinforces their belief that it is worth the price they are asking.

In our listing example, after another 10 days on the market at $1,395,000, the seller agreed to a second price drop, this time down to $1,295,000.  That’s a $100K price drop, or about 7% off their most recent list price.  While these are sizeable price drops ($150K the first time, $100K this second time), the message that is communicated to the market is that the home was significantly overpriced.  If they had done a $250K price drop after the initial listing period of 10 days, it is likely that they might have sold it.  Instead, buyers saw a price drop every 10 days and decided to wait it out.

This final stage can take a while to occur, but it is easy to recognize as the home only sells when the seller abandons their overly high price expectations and accepts an offer.

Buyers and their agents look for indicators of worth and value when considering properties and when “no one” is buying a home and it sits on the market, the most objectively appealing property becomes subjectively less attractive.  Such stale-dated listings require a significant change in mindset by the seller in order to get sold.  It is only when the seller becomes resigned to a lower price that their agent is able to secure them a sale.  In many cases, the eventual sale price is lower than what they could have received if they had priced the home properly to begin with, or if they had reacted to the market signals with a swift, significant price drop.  By spreading the price cuts over weeks or months, the end result is a lower price than they could have received if they accepted the market’s reaction earlier.

In our listing example, after doing a second price drop down to $1,295,000 after a total of 20 days on the market, the listing sat for 78 days longer.  It wasn’t until more than three months after they went on the market that the sellers finally resigned themselves to the price they could get.  98 days after listing their home, they dropped the price a final time, to $1,229,500.  Two days later, it sold for $1,220,000.

By saying “what’s the worst that could happen?”, it took 100 days to sell for 79% of the original list price.  While the initial price was clearly significantly over-priced, the final sale price is likely less than they could have got if they had priced properly initially.  They also could have likely got a higher price if they had made a significant price cut shortly after listing rather than spreading them out over months.

While the above story and the stages that take place when you over price a property are not pleasant, there is good news.  You can test out the market and check to see exactly how much you can push on the price of a property in a way that avoids the above results.

It involves listing the property exclusively first, which means allowing your agent to selectively market the property at the price you’re wanting to gauge.  There’s no record on MLS, the property doesn’t grow stale and attract low-ball offers and you see exactly how the market views the property.  You can adjust your strategy quickly without fear of how it appears and end up with the highest price the market will bear and not leave anything on the table.  If you’re considering selling and that sounds appealing, get in touch!